If you are experiencing issues with your water pressure, the best way to address it is to call the water depa 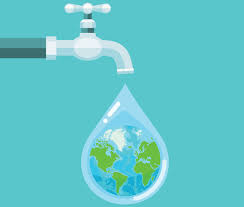 rtment directly at 636-379-5488, or go to the O’Fallon web site at https://ofallonmo.mycusthelp.com/webapp/_rs/(S(wp1dtzc305dkx1bec3pzqhwq))/RequestOpen.aspx?sSessionID=17486175THMPSFUF[[MVIGHCKBWNJWEEQZWCWIEK&rqst=77

They will come to your home at no charge and check your pressure.    You can also find a PDF on the O’Fallon web site with tips on how to improve your water pressure.

Go to https://www.ofallon.mo.us/images/pubs/water/Water_tips.pdf and open the file.

We are now one week into the new recycling rules and hopefully everyone got a blue tag on their recycle bins last Thursday….if you did not, that means you did not follow the new rules.  For more information, follow the link below. 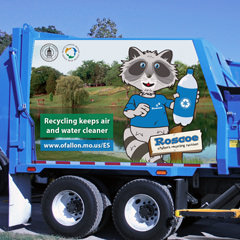 Just an FYI to all of our residents. Next week the detention basin at the end of Shady Timber will be cleaned. This is a annual requirement by the City of O’Fallon storm water division. Our contractor will remove all built up sludge form the basin to prevent it from entering the storm water system.

Along those line, We would like to remind all residents that boarder the lakes not to use the lakes as dumping grounds for grass clippings and yard waste. This is also against storm water regulations as well as HOA rules. Dumping grass clippings is detrimental to the eco system of the lakes. Please use the yard waste service that O’Fallon provides.

To learn more about storm water rules and regulations, go to https://www.ofallon.mo.us/stormwater-management

Over the past several years many residents have asked about the feasibility of dredging the retention lakes to prevent flooding and while there are differing opinions out there as to whether this would prevent flooding or not, it is clear to me after doing some research that it would increase the retention potential of the lakes, which we believe have silted over and become shallower during the last 15 years. What is also clear to me is that is is extremely expensive to dredge lakes.

I was successful finding a company that can do the work but the quote I have received estimates that cost to remove approximately 5 feet of soil from the two northern most lakes would be at least $250,000. The HOA does not have funds to even consider this and as a Trustee, I would not recommend pursuing this at this time.

Just wanted to let everyone know what I have learned.

Later this week our fall mums will be planted  in the entrance berms.  Happy Fall!

FYI, the Common Grounds at the end of Shady Timber have been put on a weekly mowing schedule during the grass mowing season and was sprayed for weeds the week of 9/17/18  The area around the lakes will remain on a bi-weekly mowing schedule (Weather Permitting).  Also, Brushogging of the trail between the lakes is currently scheduled for Saturday 9/22/18.

Here is the information you need to pursue claims with Millstone Weber if you suspect your home has sustained damage due to the bridge construction.
Call or e-mail Colette Diedrich at Millstone Weber. She can be reached at 636.688.8879 or colette.diedrich@millstoneweber.com. She will notify the adjuster and open a claim for you.
I spoke with her today as a crack has appeared in the foundation of my home. She was very helpful and got the ball rolling quickly.
She told me that the insurance carrier for this is Gallager Bassett and more than likely they will assign one adjustor to investigate all the claims in our subdivision. Hopefully if you are seeking to file a claim, you had Vibra Tech to the pre-construction photo inspection…which is what they will use to compare to.
So far I am aware of 3 complaints filed on Water View Lane, including my home.
Hope this helps.

Click the link below to see the most recent speeding violations on Deer Creek and Elaine Drives.

Are you considering an architectural improvement to the exterior of your home such as a pool, fence, deck, patio, patio cover, room addition or any similar project?  If you are, do not forget to submit an Architectural Improvement request to the Trustees prior to applying for your building permit.  You must have both approved prior to starting construction.  Do not put yourself in the position of constructing an unauthorized improvement and risk being required to demolish it (which has unfortunately happened).  The form can be found on this web site under the resources tab.  E-mail your Trustees if you have any questions.